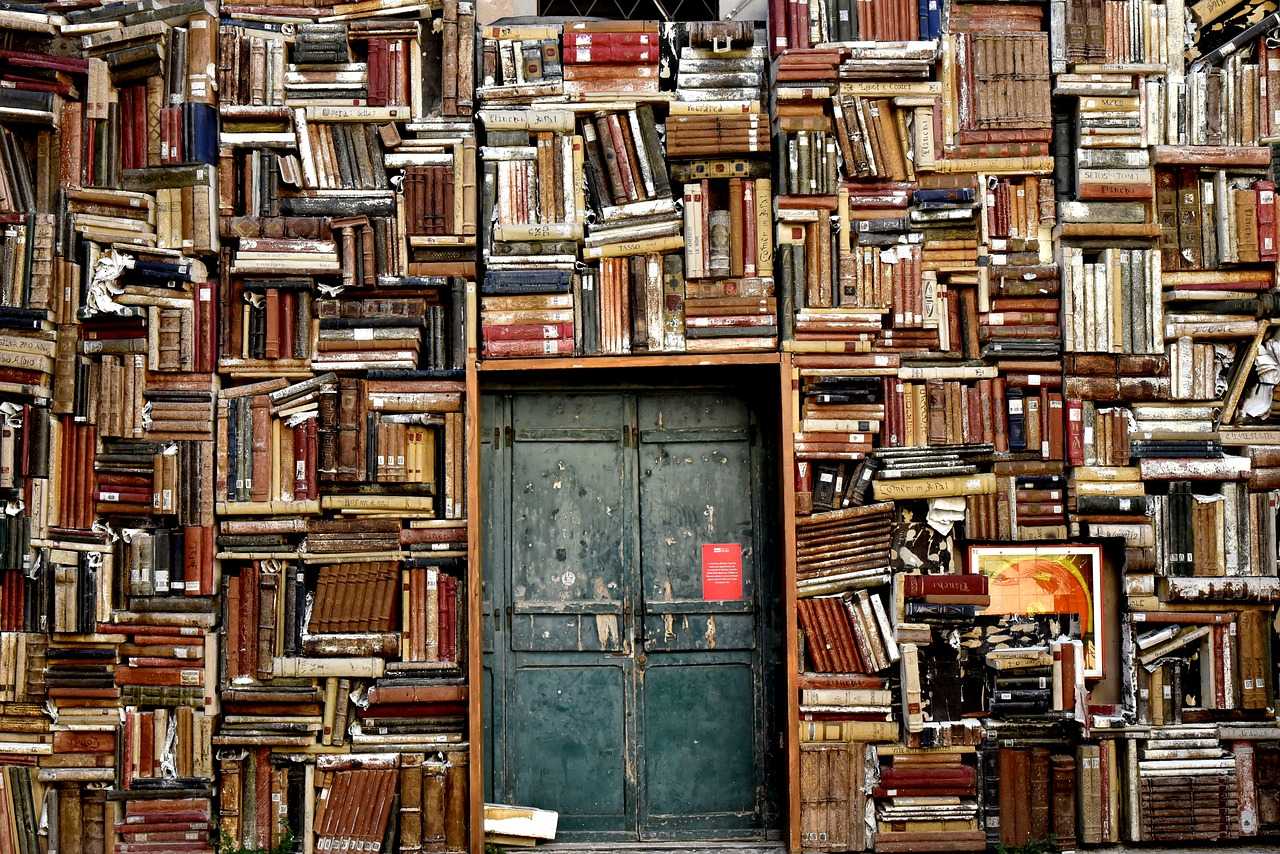 Knowledge can be defined as a justifiable, true, and believable information about a subject that can be shared by means of language. When a person generates knowledge in a certain field, it is only through evidence that it can be disapproved. To be accepted, we look at the person producing the knowledge, where it is coming from, and how reliable the source is. How much value we place on a particular knowledge will, therefore, depend on these parameters. The significance of a certain information is, therefore, a subject of bias, since the importance of knowledge, whether produced with difficulty or not, will be inclined to one’s observation and application of it. When looking at physics and religion, we can see that it is not always the case that knowledge produced through difficulty is valued; however, information, in most cases, is appreciated by those who need it and can apply it in life situations. At the same time, it is not easy to describe this phenomenon using only the causal theory of knowledge.

First of all, there is no direct relationship between the difficulty in the production of knowledge and the actual value of the knowledge created. In a way, “difficulty” is relative to the one producing the knowledge, that is, if the one generating the information is highly skilled, experienced in the specific area, and well-equipped, the ease of production of knowledge is of low-difficulty to him. In contrast, a poorly resourced rookie trying to generate “knowledge” in the absence of the correct tools makes that same production highly complicated. Secondly, “value” is relative to the beholder. The one producing the knowledge may assess the worth of his product as poor, while the recipient of the knowledge finds it very valuable, or vice versa. In fact, a third party may consider it as worthless. Overall, human beings value what they really consider important.

In physics, knowledge is produced through the scientific method of observation, hypothesis, experiment, and theory. In most cases, the knowledge is thought to be valuable because it relies more on reason, imagination, and logic. For instance, in class, we learned that to come with the theory of relativity, Einstein did a lot of research, used imagination and logic reasoning to poke holes in the Newton mechanics. This included producing laws and formulas to consolidate his claims. Since then, there was a paradigm change in the Newton mechanics, even though we apply it today. Through peer reviews, several scientists have tried to find weaknesses in the theory, and since none has yet to defied the laws, it is universally accepted and, thus, “valuable.” I was able to study his formulas and the process of the discovery, and they are mind-blowing. The laws he came up with were simply axiomatic and devoid of subjective experiences. I apply this theory with the thought of how difficult it must have been for Einstein to come with such reasoning. I consider using this theory in my next science project and hope to produce an incredible product. Due to its value for my education and future success, by default, I place a lot of value in it.

However, there are times when knowledge can be valuable yet produced with relative “ease.” For example, Newton’s production of the law of gravity was a moment of eureka. Newton was just seated under an apple tree, an apple fell on him, and Eureka! It may seem obvious that everyone knew gravity existed, but that is not true. At that time, people relied on Eratosthenes’ theory that “objects had a natural place in the universe”. Newton’s use of thinking and logic led to the discovery of this knowledge. Developing his theory did not require particular physically exerting, crazy, or complicated test. It was actually a simply cold, hard logic. When I was choosing a physics project to work on, I hardly thought of using the law of gravity, knowing that it would apply naturally to it. I had to keep in mind that gravity exists, and, thus, I had to align my project to either obey it or defy it. As one can see the law of gravity not a difficulty produced knowledge, yet the scientific society and the world, in general, have placed paramount value to it.

Religion is a knowledge area that relies on beliefs and faith. One can define it as “an organized system of faith and belief”. I was born in a religious family and believe that God exists. I would kneel down and pray when I see things were going badly. In the same way, I would ask God to give me health, protect my parents when they were at work and even when my pet Messy was not well. In contrast, my neighbors were atheists. They had a son who we spent a lot of time together, playing and walking to school. One thing he always asked me is why I usually pray, yet he knows that God does not exist. I remember, I would always reply that God does exist because He hears my prayers. Then we would argue for some time and then agree to disagree. It is actually true that I could not prove that God existed. I only relied on the belief that He answered my prayers, kept mom and dad safe. My parents influenced my belief and, thus, I was able to grow up like I did. In the same way, he was raised with the belief that God does not exist and, therefore, it influenced him. Religions, such as Christianity, Islam, Hindu, and Buddhism, have been able to stand the face of time. With different reasons their followers have strictly abided to the doctrines of these religions and have valued their knowledge to the letter. Also, all these religions believe that God exists and value Him, but no explanation of his being has been globally accepted. Several people have come across to deny that God exist, but none has been able to justify these claims entirely. It is the difficulty to disapprove my religion that makes it so strong, and appreciate it and, hence, love it.

However, unlike physics, religion relies on faith. Lack of scientific evidence makes the religious knowledge seem weak and, therefore, less valuable. In my case, the neighbor’s boy lack of value on religion is the fact that evidence does not back it. It does not matter how much sacrifice people went through to come up with a certain faith, as long as it does not apply in another person, it is invaluable. Religion reliance on faith creates bias. Different cultures have different beliefs and to justify one truth as the universal truth is not possible. Yet in all religions, the knowledge of God is accepted. However valuable God is to all religions, we do not have a precise formula or way of defining Him. Some claim that there is one God, others argue that there are several gods, while others claim that there is no God. This does not mean that any one side is right or any of the religions are wrong. The value of the knowledge of God is, therefore, not easy, defined in terms of “difficult” or “easy”, it is to produce evidence or claims, but rather personal faith.

Further doubt is cast on the difference between discovery and knowledge. Discovery and knowledge have sometimes been used interchangeably when they are, in fact, two different things. The term “discovery” suggests that something existed before someone managed to unravel it, while “knowledge” suggests that someone created a concept, a theory, or a law that, when tested, people agreed to. However, when great scientists, like Newton, came up with the laws of gravity, did they really create the knowledge or actually discovered their existence? Or when religious pioneers produced the doctrines, did they produce the knowledge that God exists or was it just a discovery? The thin line between a “discovery” and “knowledge” may be difficult to ascertain and, therefore, placing any degree of value to knowledge may be indefinite.

Moreover, to claim that the only knowledge “we” consider valuable is the one that is produced with difficulty can easily be opposed. The term “we” means that this knowledge has to be accepted by a group of people. Some of the knowledge that is valued by scientists is helpless to the religious people. In a way, a physicist may claim with evidence that, beyond the earth, there are several terrestrial bodies stretched to billions of light years. However, to the religious, beyond earth, there is the heavens where God dwells. The value of what is beyond mother earth is limited to the particular groups. The significance of the production of knowledge is independent of the difficulty and, in any case, dependent on how applicable it is in their particular groups.

We can assume that the knowledge produced with difficulty is valued more. However, evidence shows that that is not always true. The essay suggests that the value of different knowledge is not universal, but limited to particular groups. While one group may place maximum value on certain knowledge, a different one may find this knowledge unimportant. However, the process of production of knowledge and the “difficulty” of it has little relationship to the value of that knowledge. As seen, some knowledge can be easily generated and appreciated by so many people, while the one produced with complexity and its value may be limited to the people it applies to alone. In physics, knowledge, such as the laws of gravity, is universally acceptable and has stood the test of time even when seen as produced with relative ease. In comparison, the sacrifices were made in the production of several religious beliefs to form different religions, but that does not mean that any of the religion has been universally accepted or its beliefs commonly applied.  The essay, therefore, concludes that knowledge produced with difficulty is valued to a certain extent; this is because, the value of knowledge is subjective to the applicability of that knowledge to the person concerned and, thus, valued not by its difficulty of production, but by its relation to the life of an individual.